Dr. Elliot Gann joins fellow social entrepreneurs for Red Bull Amaphiko’s latest piece on the value of a office space in an era of mobile business. 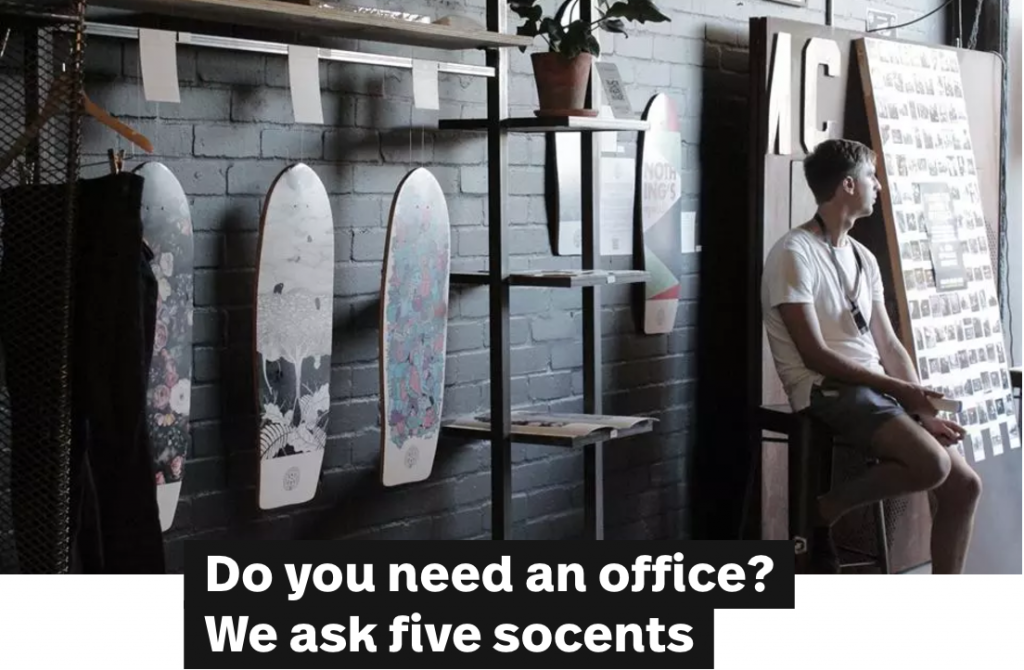 Conversely to Soko and Manuel, Elliot Gann of Today’s Future Sound, a project that uses beat-making to teach technology and arts skills, says the nature of his work dictated that he and his staff remained mobile from the start. An office isn’t a practical option for him and his team, but they did require space for weekly staff meetings. After trialling cafes and friends houses, they eventually began working with Impact Hub in Oakland, California, who agreed to provide a meeting room at a discounted rate.

“I don’t think we could really have done this at my house – there was something important about having a facility of some kind with internet, a projector, a table etcetera,” Gann says. “I think there’s also something to be said for having an office or space separate from one’s home to separate home life from business and vice versa.”