On Saturday August 16th, Today’s Future Sound will be doing two separate workshops on two coasts of the US—in the South Bronx (NYC, birthplace of Hip Hop) and at the free Oakland Drops Beats music festival/crawl in downtown Oakland.

The New York City/South Bronx workshop (ALL AGES and FREE), sponsored by TFS partner Building Beats and in conjunction with Level Up Media Arts/Spazecraft One, will take place at the Andrew Freedman Home, 1125 Grand Concourse between 166th and McClellan in the outside area. TFS founder/director Dr. Gann / and staff Phillipdrummond will be presenting from 1-2pm on marketing, entrepreneurship and leadership skills as well as beat making techniques, then from 2-4:30pm participating in the Living Remix Project with Spazecraft One, which will involved live collaborative beat making and use of samples from Nas’ Illmatic and The Beastie Boys Paul’s Boutique to celebrate the respective 20th and 25th anniversaries. 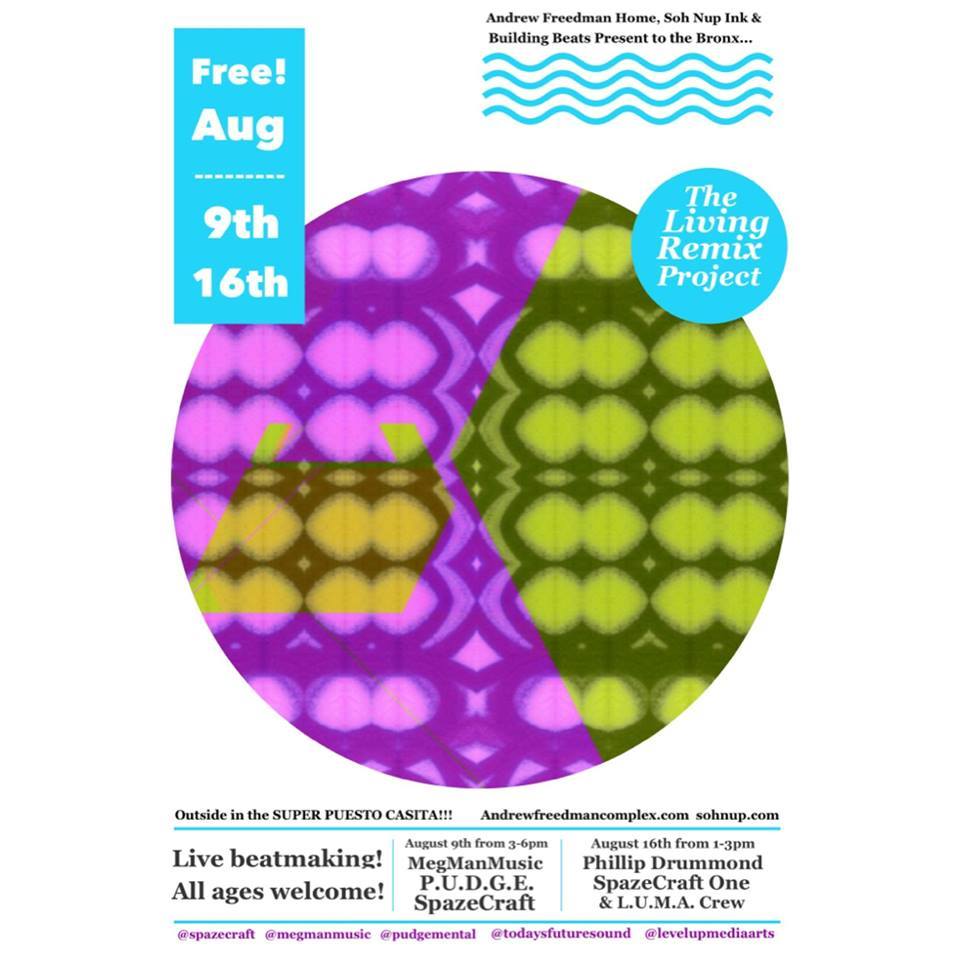 Meanwhile in Oakland, at the Oakland Drops Beats music festival/crawl TFS staff will be providing a free beat making workshop at Youth Radio, and TFS youth/staff will also perform in association with TFS partner Youth Radio. The free beat making/music production workshop will run from 3:30pm-5pm 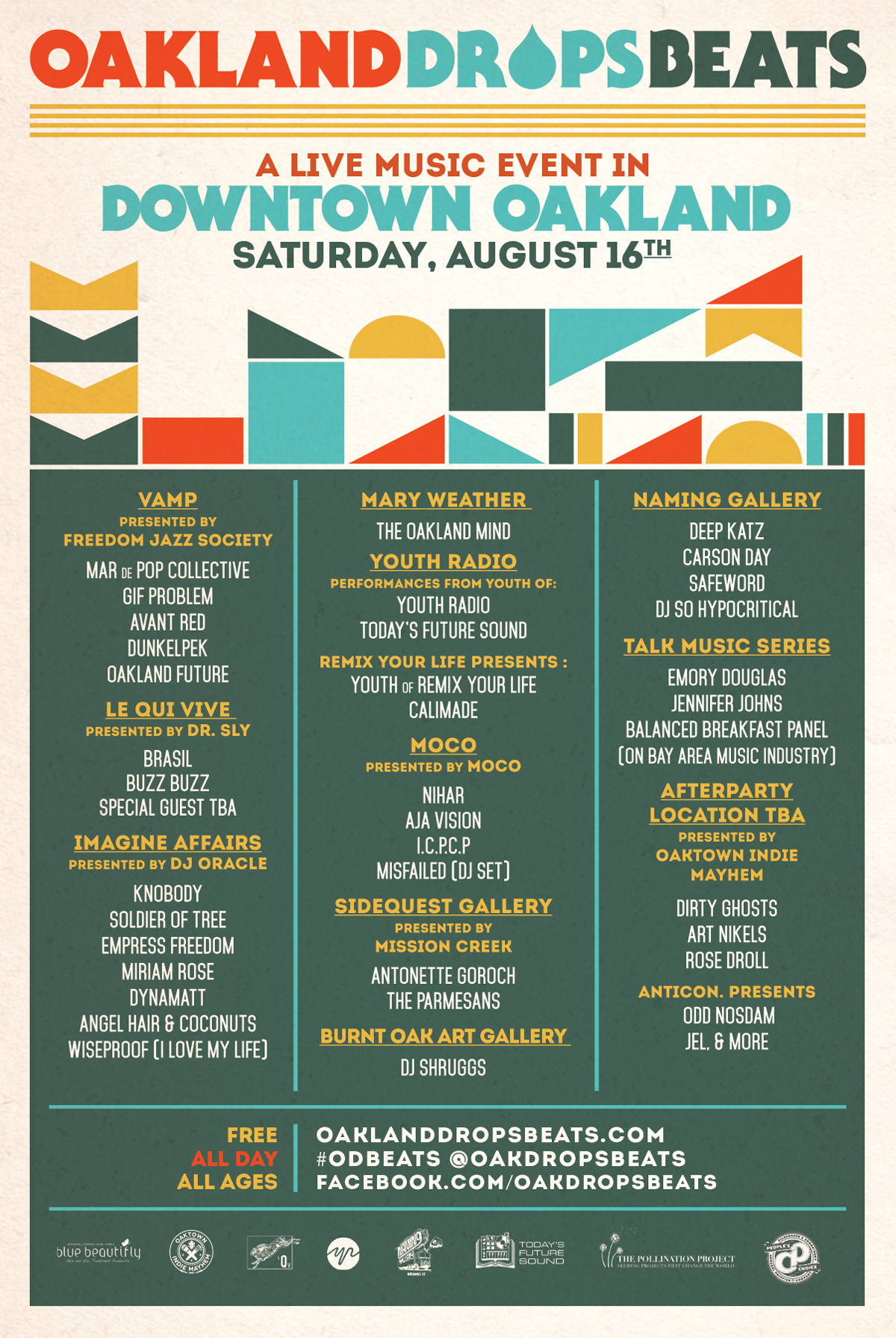 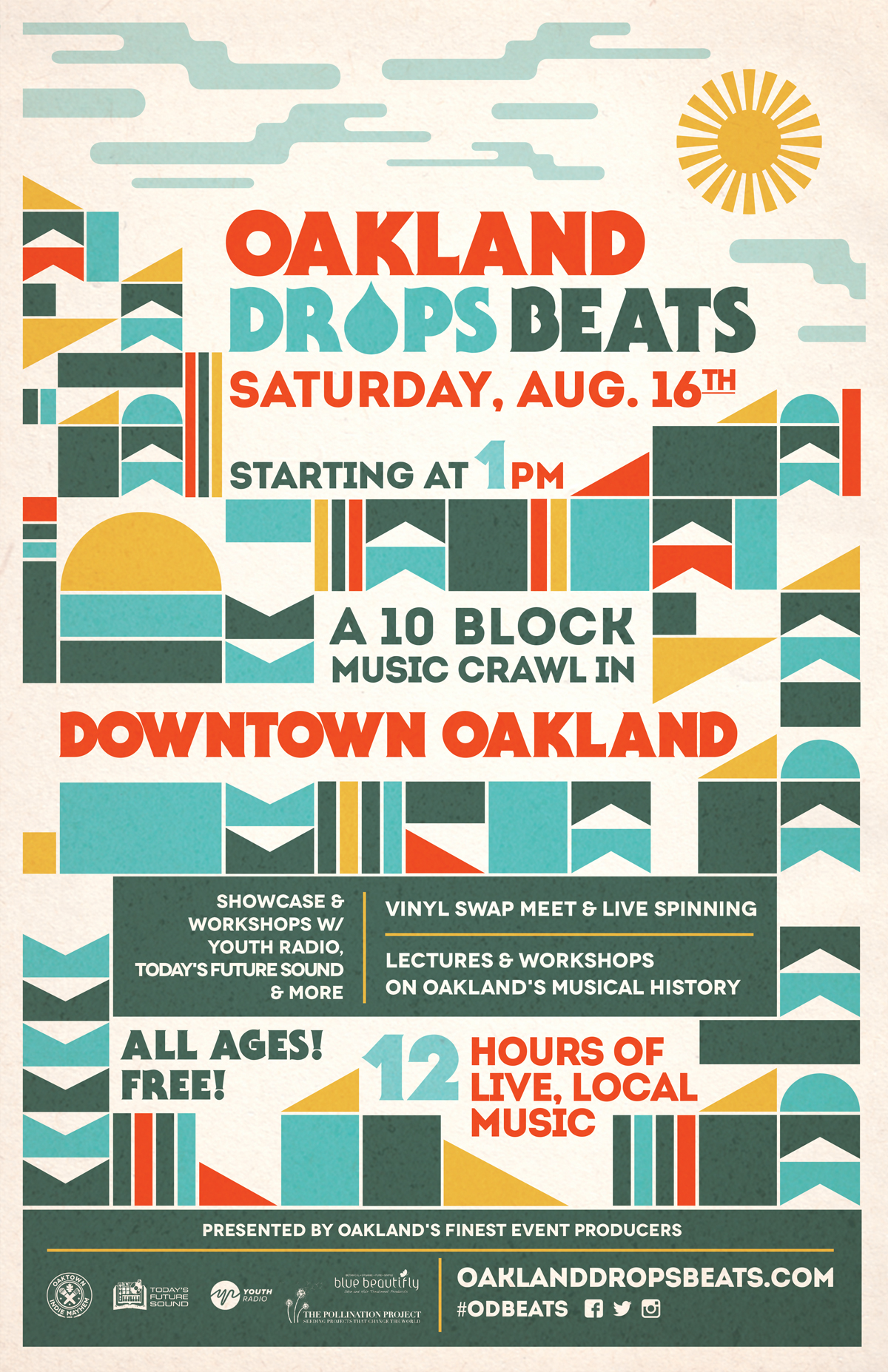