We at TFS are proud to announce that we have just launched an IndieGoGo campaign to support our flagship and most long-running program—Beats4Lunch at West Oakland Middle School (WOMS). Started in 2012 with a $1000 grant from the Awesome Foundation, it turned into a volunteer program that saw myself and scores of producers recruited from beat battles and the local Bay Area Hip Hop community going to WOMS several times a week during lunchtime to teach kids beat making. We found that 35 minutes wasn’t really long enough and decided to do the program once weekly on Wednesdays, a minimum day on which kids get out of school early after lunch. Beats4Lunch began during lunch time and would continue into after school hours—this gave the kids a solid two to three hours of hands-on beat making.

In order to continue this program we need your help to maintain our equipment, pay instructors/teaching artists, make hard copies of the WOMS student album/beat tape and to help students put on a release party. Thank you gifts include the #Beats4Lunch logo t-shirt, snap-backs, bucket hats or even having a TFS staff member DJ a party, or at our higher level corporate/party level donations, having the TFS team come and provide team building/beat making workshops for your company! Please donate now, we appreciate your support for the youth of Oakland! 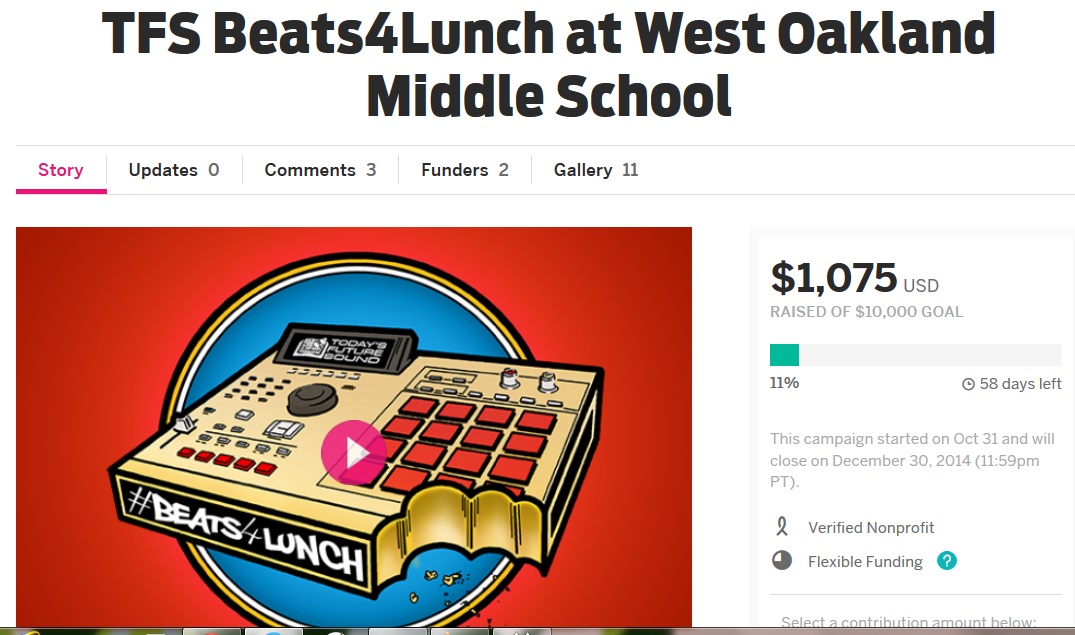