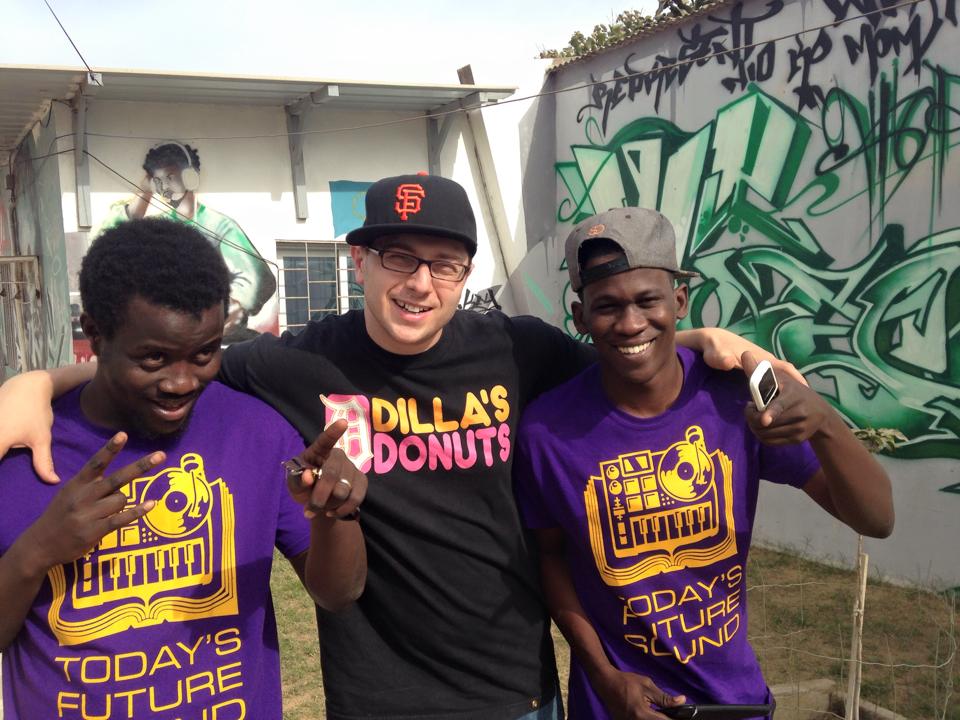 In January I had the opportunity to go abroad as a part of a Hip Hop arts envoy to Senegal along with the University of North Carolina and the US State Department’s Next Level program. Next Level uses beat making, urban dance styles, MC’ing, DJ’ing and other aspects of Hip Hop culture as vehicles for conflict resolution and cultural diplomacy. With this mission, the program sends Hip Hop artists and practitioners all over the world, including our own TFS staff members Korin Wong-Horiuchi to India, and TFS extended-family Maddy “Madlines” Clifford and Suzi Analogue to Uganda. Our work on this trip focused on the greater Dakar area, working in the adjacent cities of Pikine, Rufisque and a week-long intensive academy in Guidewaye at G Hip Hop Center, culminating in a free final concert at the Serrano Civic Theater in Dakar.

My time in Senegal was intense and eye-opening. As a majority Muslim country with a Christian minority, Muslims and Christians live side-by-side without any notable conflict or discrimination, and the Senegalese are an incredibly generous, friendly and hospitable people—“Teranga” (hospitality) is a key cultural practice that I definitely experienced firsthand. While I was in Senegal the attacks on Charlie Hebdo occurred, and during a radio interview on WDR (Western Democracy Radio) I was asked about my thoughts on the recent attacks. I expressed my wish for every American and Westerner to experience Senegal like I had and be able to see that the Senegalese as a Muslim majority country are just like any of us here in the United States—just normal people going about their everyday lives.

During my time there, I worked closely with manager of the studio at G Hip Hop, Ismaila Talla aka 814 Beats, one of Dakar’s/Guidewaye’s top-rated producers (voted best producer of the year for 2014 in Senegal). Together we exchanged techniques for FL Studio, our beat making program of choice, as well as general production techniques. I also had the opportunity to introduce him, as well as my other students, to live beat performance/sets and the beat scene in California and the United States. This was my first time on the continent of Africa, and one of the only times in my travels that I was able to use my knowledge of French, including teaching in French. The universal language of Hip Hop even managed to bridge the cultural gaps between some students who only spoke Wolof with very limited French.  I stay in touch with several of my students and collaborators over social and we hope to return to Dakar with TFS instructors in the near future. All in all, the opportunity to visit Senegal and exchange musical ideas thousands of miles from home was a truly humbling and insightful experience.