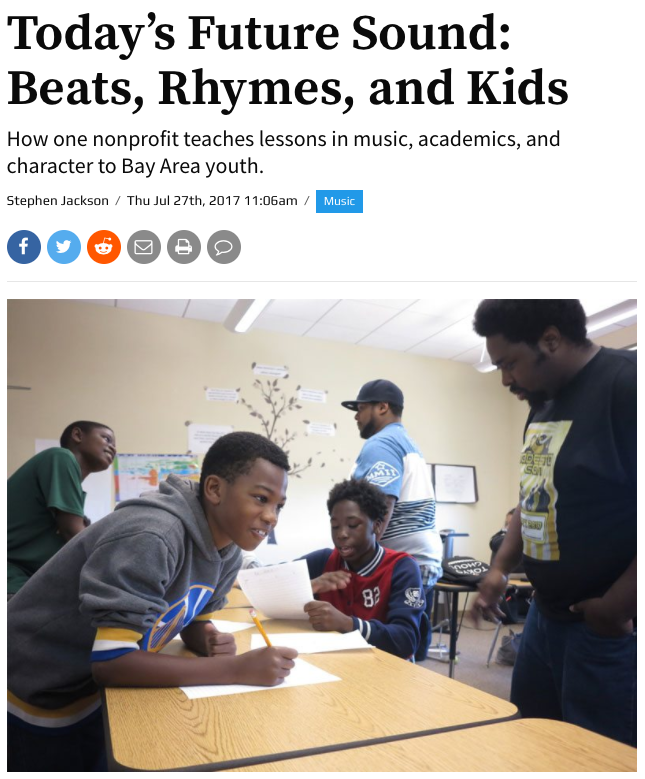 How one nonprofit teaches lessons in music, academics, and character to Bay Area youth.

TFS works with over 5,000 students annually, and 80 percent are either minority or low-income youth. While students such as Seven are being served via a multiple-week summer intensive funded by Heads Up (an academic enrichment program run by Head-Royce School in the Oakland hills) TFS has programming in more than 100 schools nationwide, as well as in Juvenile Justice Centers. In San Francisco, TFS has helped students in both Paul Revere and Everett Middle Schools, among others.